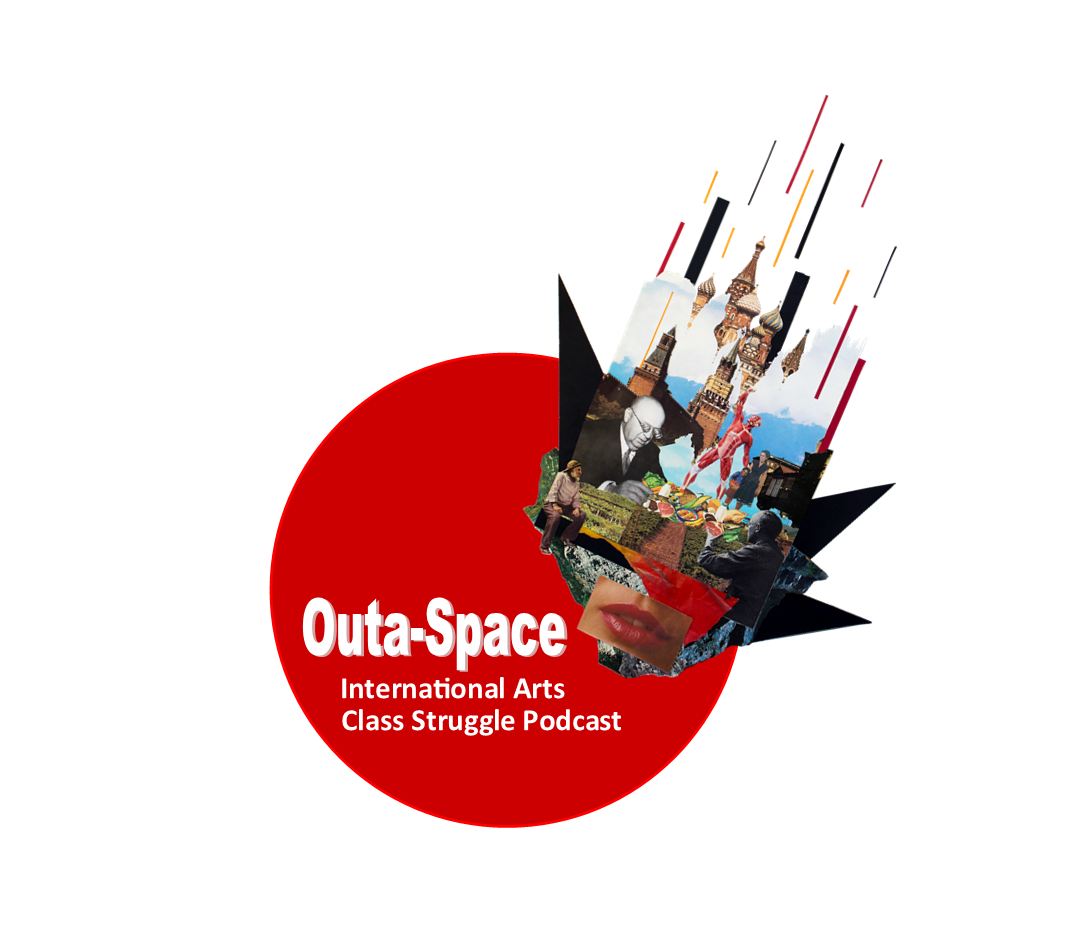 Nobody can deny the world is in crisis. Socially, politically and environmentally things are being turned upside down. So what will the response of humanity be? Will we evolve or crash out? There are two important players in this game of humanity’s future. One is the workers’ movement and Left in general and the other is the artists. This broadcast is about exploring the relationship between the two and whether we will be able to get our shit together enough to at least finish with the barbarism of Capitalism.

It’s called Outa-space because working class artists often lack the place to make and create work. Whether it be lack of studio, rehearsal areas or just not the resources to be the artist their heart calls them to be.

It’s called Outa-space because the street, the squares and all the common places we mix in are where we need to decide our future. This collective action and street democracy can lead the future of humanity.

It’s called Outa-space because we need to take our minds above the clouds to look down on our planet, to dream, to wonder, but also to see everything in the context of everything else.

Art is just a normal human activity, not a special act by a clever person. The creative moment is central to what humans do to survive and solve problems.

We have a problem with Capitalism, it’s the central problem of humanity. Artists have no choice but to turn their attention to it, but as individual creators we are often weak. The workers’ movement at its heart is unity but often lacks creativity and lags behind. Mixing the two up can give the struggle against Capitalism an edge. Outa-space podcast station hopes to add a little to this process, find out what’s going on internationally, and tell a few stories

It is hoped the project will evolve in time. We hope you stick with us while we define the broadcast. The presenter and show designer is Rob MacDonald, co-host and commentator is Paul Paranoid, and the producer is Jonas Langer. The main artwork is created by Mike Haas. We hope you can collaborate with us. If you want to email Outaspaceinfo@gmail.com

View all posts by robbadart